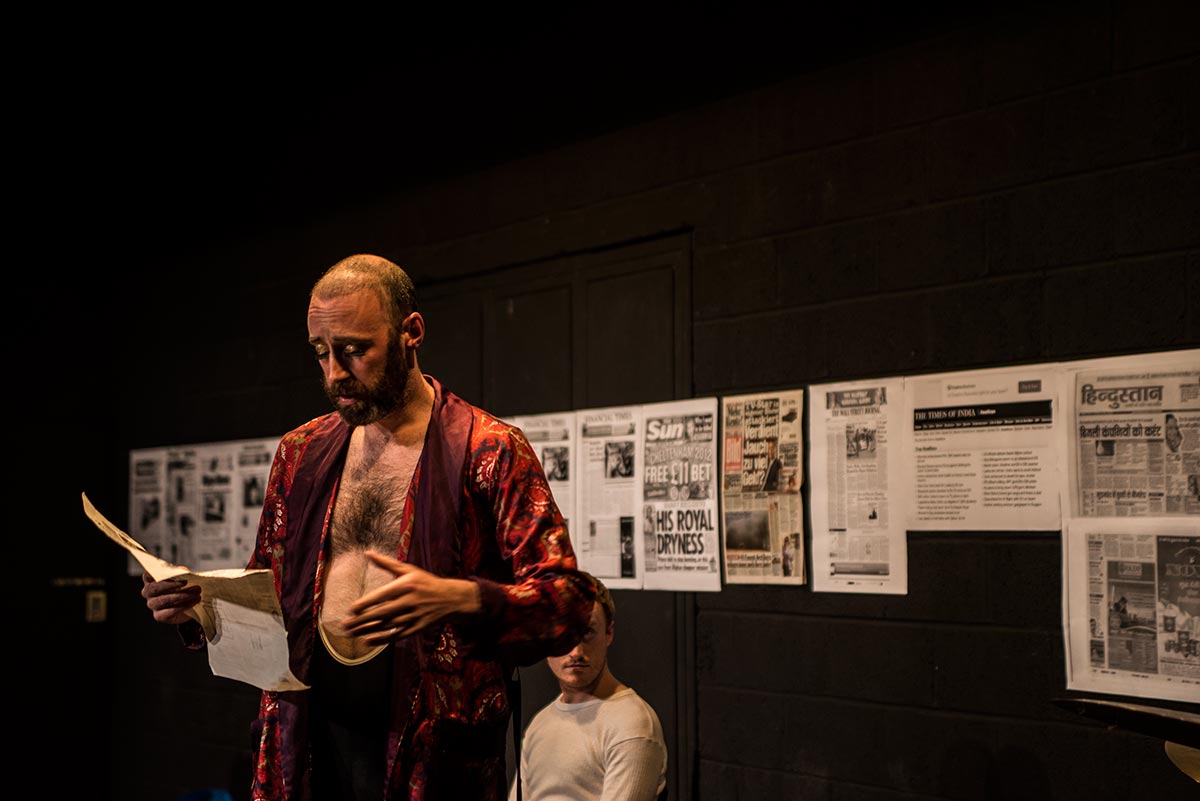 What Is A Worldview?

In ‘What Is A Worldview?’ we wanted to explore what happens when performers present newspaper articles to a live audience. We wanted to look at the ways this liveness changes articles and also the way the articles provoke different responses from the performers.

As we’ve worked on the project we’ve realized that we are examining how people process information: And the role of storytelling within this. Walter Benjamin defined information as something that loses it’s value once it has been understood. Whereas story is something that bears repeating. Newspaper articles often straddle both these situations.

Because there are so many articles to choose from in the world we decided to use a simple set of rules to contain our choice:
We limited ourselves to newspaper articles published on the same day, namely the 13th March 2012. (A day we felt is neither historical nor a current affair)
We used the 10 Irish papers printed on that day and the 15 most widely distributed papers internationally (most of which come from India, China and Japan).
And finally we limited ourselves to using front-page articles only.

We arranged the sequence of the newspapers according to their distance from Eyre Square in Galway where I was living on that day.

This project was conceived in 2015 and had its first work in progress performance at Scene and Heard Festival, Smock Alley in February 2016.

Subsequently we got development funding from the arts council for research and development which finished in January 2017.

In April 2017 we did another work in progress at Live Collision Festival at Project Arts Centre.

presenting a finished show in 2018

This project has been supported by the Arts Council Ireland.