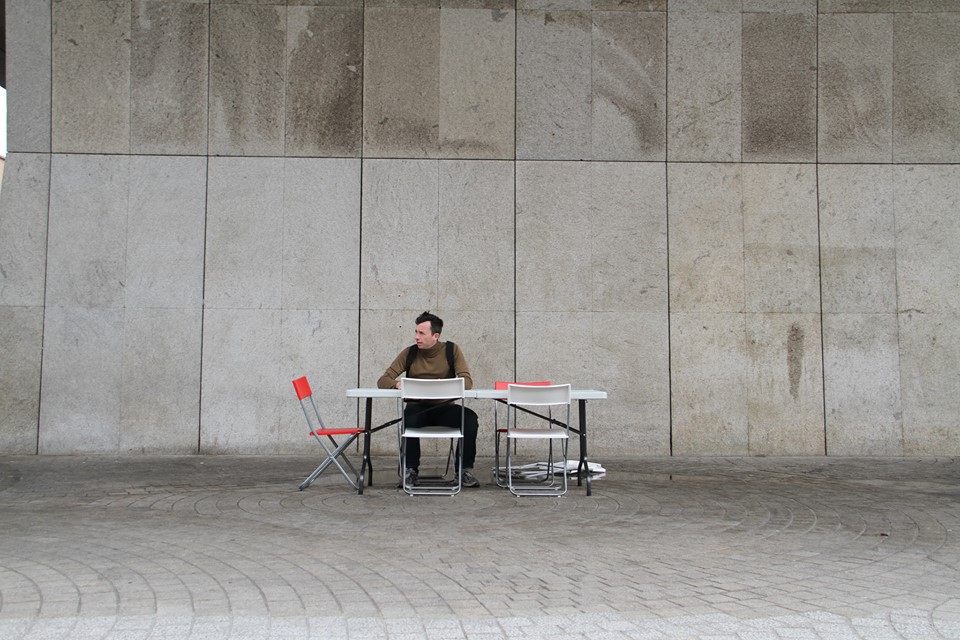 This was my original exploration of how people discuss things, using the simple premise of no time limit. Theoretically the discussion once begun could go on for days.

Its first version included one ‘expert’, Ruth Kenna, a professor of Anarchism being grilled by myself, and the camera crew.

The second version involved the use of two contrasting ‘experts’. Ailbhe Smyth argued for the illegalization of prostitution and  Ciaran McKinney argued for its legalization.

In its third version featured as part of Live Collision Festival 2013 where we opened up to the streets and people were allowed to join in if they could find a space around the table.