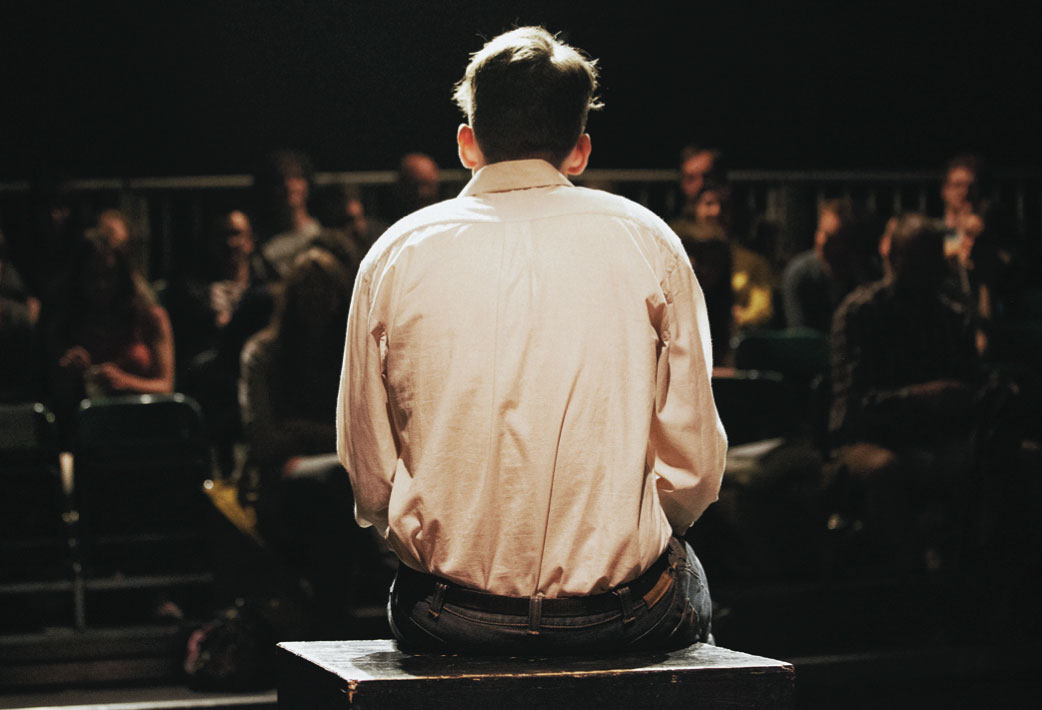 ‘Dangerman’ was a slang term used in Galway for people with whom there was a danger that they might corner you and talk at you non stop without listening. Upon analysis it was curious how they took advantage of people’s politeness to sustain the conversation. (The only way to end the conversation, it seemed, was to be very rude or very blunt).

‘Dangermen’ had a political dimension that was very interesting. We began to think about what would happen if a ‘dangerman’ was allowed to put on a theatre show.

What results is an exercise in complicity that combines anecdotes, cod philosophy, and performance art inspired audience interactions.

“I thought he might actually kill us” – Irish Times